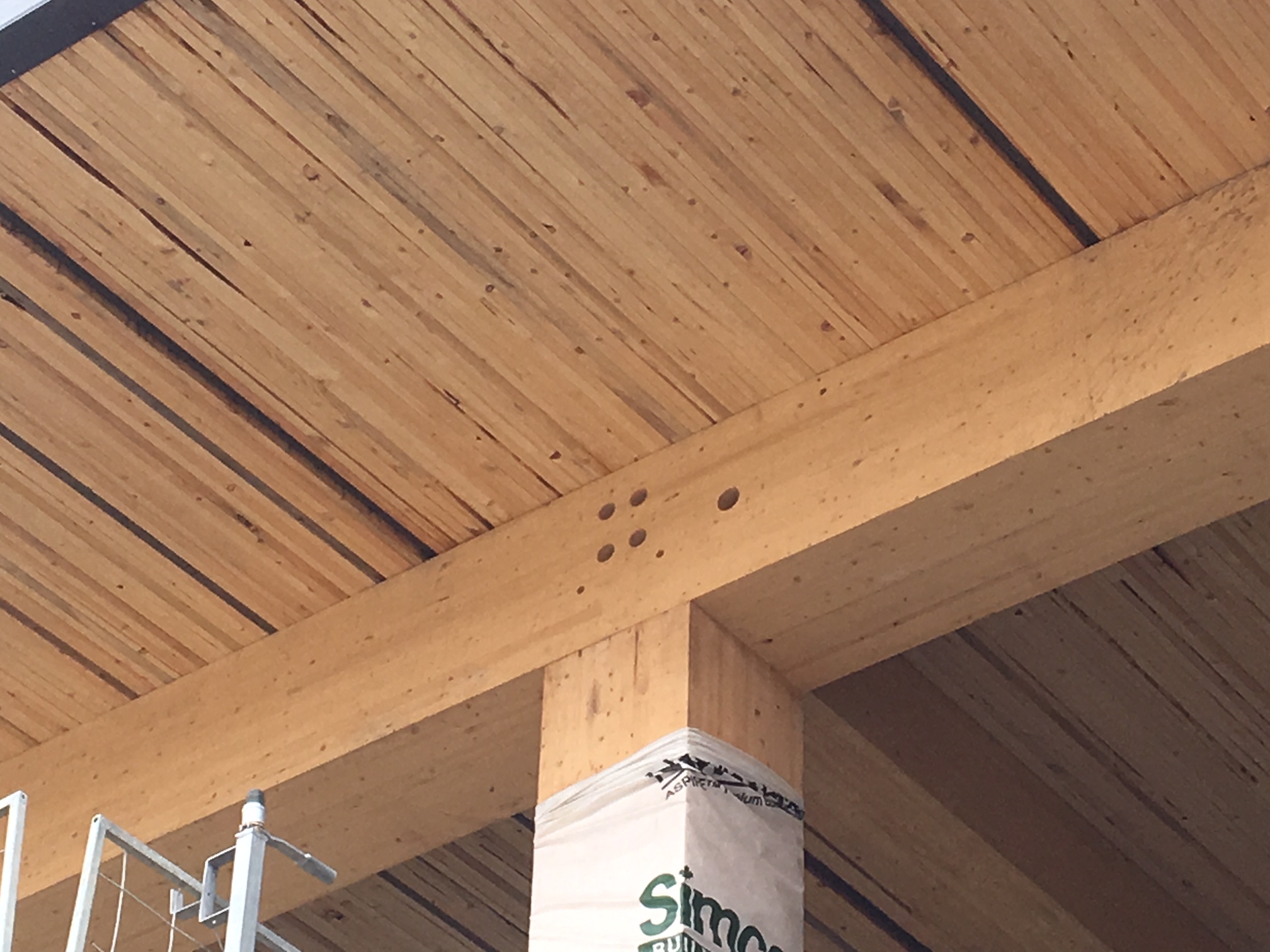 Mass timber buildings have experienced a spike in popularity among designers and developers in Toronto. As of August 2020, there are over 20 mass timber buildings at various stages of development in Toronto and Greater Toronto Area. The projects are using the gamut of mass timber materials such as CLT, DLT, NLT, and Glulam. Of particular note has been an increase in interest in mass timber residential buildings.

Of particular note is the 77 Wade Avenue project, close to Bloor Street and Lansdowne on the west side of Toronto and the T3 Bayside project at the Waterfront, not far from downtown Toronto. Both projects are following the alternative solution process to allow for a mass timber building above six storeys.

Proposed changes to the 2020 edition of the National Building Code of Canada (NBCC) will permit mass timber construction of up to 12 storeys. This will help to simplify building permit approvals and cement the widespread use of mass timber as a building system.

What is allowed under the current regulation?

Under the NBCC and the Ontario Building Code (OBC), timber construction is permitted for the major occupancy classification types summarized in the tables below.

With the exception of the newly introduced Group C retirement home classification in the OBC, the provisions in the Ontario Building Code are very similar to those in the National Building Code.

Key challenges under the current regulation

In recent years, the Canadian building industry has seen a marked increase in tall timber projects. This has breached the bounds of both the OBC and the NBCC’s prescriptive requirements, and resulted in proposals to build mass timber residential and office towers beyond six storeys.

Under this new construction type, mass timber construction will be permitted for Group C and Group D major occupancies up to 12 storeys high. However, the NBCC acceptable solution will require encapsulation of a significant portion of the surfaces of the mass timber ceilings, walls, beams, and columns.

Note, however, that encapsulated mass timber construction is not combustible construction! These are two distinct terms in the proposed NBCC 2020. The revised definitions of the three construction types are as follows:

Under this new construction type, the fraction of exposed surfaces of mass timber elements permitted within a suite or fire compartment are as follows:

The proposed changes to the NBCC have set the stage for the greater use of mass timber in Toronto and Canada. The challenge now becomes delivering a mass timber residential building that is in line with the current cost of construction of a concrete or steel building.